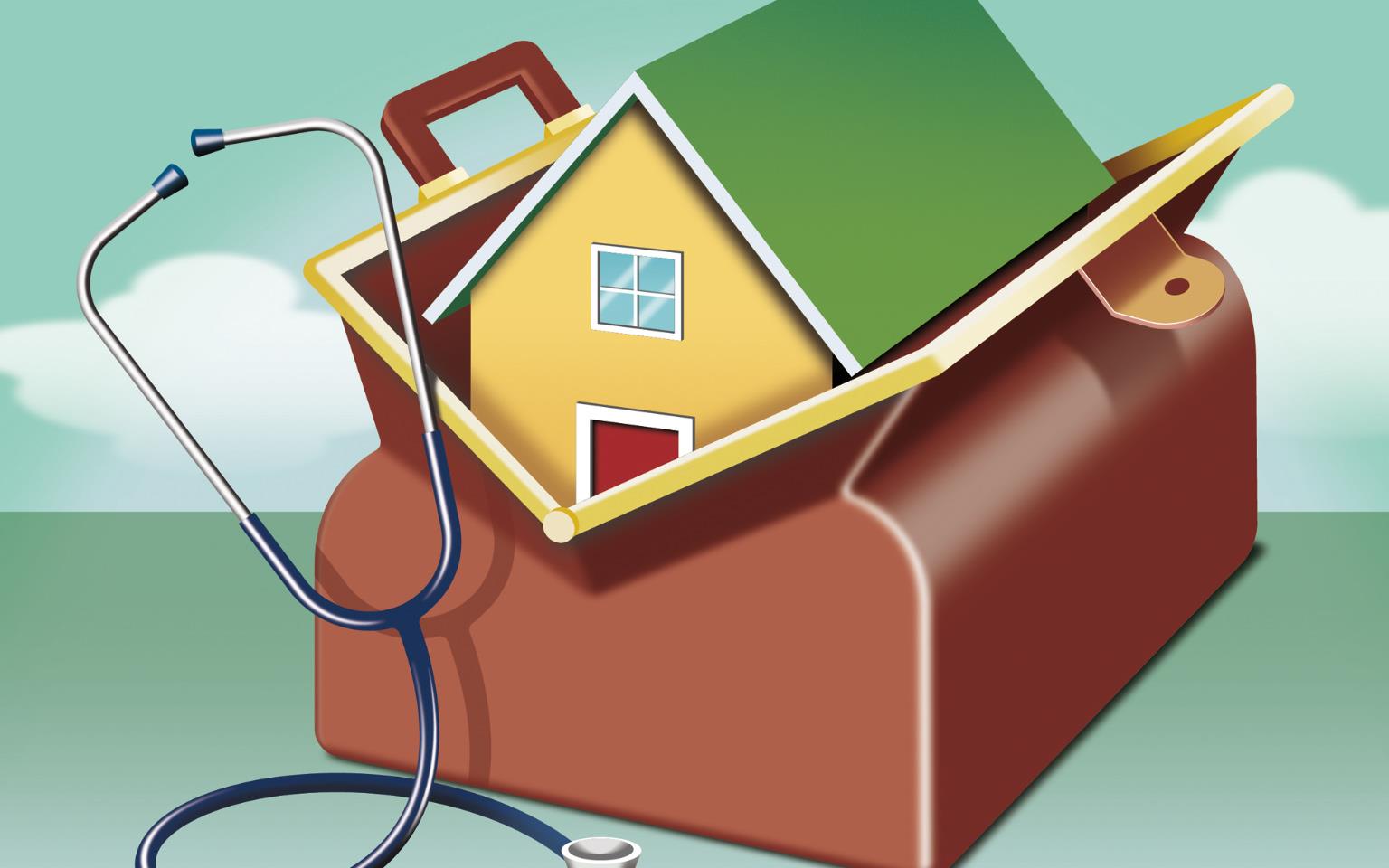 An innovative Veteran's Affair's home health care model provides patients and their caregivers with higher health-related quality of life and satisfaction with care than does private-sector home care, according to a study jointly conducted by researchers from the UIC, the VA and Northwestern University. The Journal of the American Medical Association will report the findings as the lead story. Susan Hughes, UIC School of Public Health professor and codirector of the Center for Research on Health and Aging in UIC's Health Research and Policy Centers, is the lead author.

An early single-site study of the VA primary-care home care model, conducted by Hughes and colleagues at the Hines VA Hospital, found significant benefits and led the VA to fund this 16-site randomized trial of nearly 2,000 patients and 2,000 caregivers, most of whom were patients' spouses.

The VA home-based primary care model is unique in that it enables physicians to designate a portion of their time as salaried staff to the home care program. In this model, there is close cooperation among nurses, social workers and other team members, and the physician is free to work with the patient directly or with the team on behalf of the patient. Medicare home care physicians, in contrast, are constrained by significant paperwork requirements and limited reimbursement for the management of home care patients, Hughes said.

The study targeted hospitalized patients with severe disabilities or terminal illnesses and patients who were homebound with a primary diagnosis of congestive heart failure or chronic obstructive pulmonary disease. It examined the impact of the VA home care model on functional status, patient and caregiver health-related quality of life and satisfaction with care, caregiver burden, hospital readmissions and health care costs. Testing was conducted at the first, sixth and 12th months. The control group received customary VA and private sector care, with about half opting for Medicare home care services.

There was no difference in satisfaction with care among terminal patients over 12 months, but nonterminal patients reported significant increases in satisfaction while the control group's satisfaction scores remained the same or declined slightly. "When the physician and home care team jointly manage patient care, you can get much better, consistent quality-of-life and satisfaction. I think it would be great if the VA model were replicated in a managed-care setting," Hughes said.

This finding is particularly relevant in light of a recent JAMA article showing that spousal caregivers who experience stress are at 60 percent higher risk of mortality over a four-year period than caregivers who do not experience stress, Hughes said. The VA home care study is among the first of its kind to consider the burden on family members and their emotional well-being.

Researchers found decreases in hospital readmissions among the treatment group at six months, but not at 12 months. The cost of care was 12.1 percent higher in the treatment group at 12 months. Though half of the sites experienced higher costs, the remaining half either saved money or broke even, Hughes said. "We still need to do more to examine the impact on costs. A secondary analysis of the use and cost data is needed to determine how and why some sites improved outcomes at lower costs."