Despite Access to Care, Male Veterans in Poorer Health Than Civilian Men 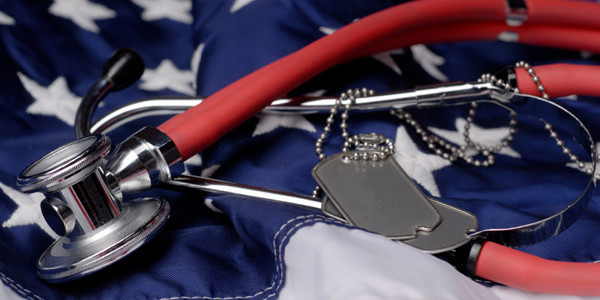 * Despite having access to health care, male veterans report poorer health than men in active duty, men in the National Guard and Reserves, and civilian men.* Men in the National Guard and Reserves were less likely to have health insurance than civilians, veterans or active duty servicemen.* Veterans and active duty servicemen report higher rates of smoking, tobacco use and drinking to excess than civilian men.

Even with access to health care, male military veterans are in poorer health than men in active military duty, men in the National Guard and Reserves, and civilian men, finds a new study in the American Journal of Preventive Medicine. The study concluded that organizations that serve veterans should increase efforts at preventing poor health behaviors and linking them to health care services.

The findings are from a 2010 survey of 53,000 veterans, 3,700 Guard and Reserve members, 2,000 active duty servicemen and 110,000 civilians. The survey included questions about their health and health behaviors, and their access to health care. A similar study of women veterans, National Guard/Reserve members, active servicewomen and civilians was published earlier this year by the same research team.

While the Department of Veterans Affairs (VA) addresses these common health concerns, Hoerster noted that only 37 percent of eligible veterans receive care through the VA system of hospitals. In addition, National Guard and Reserve servicemen were found to be the least likely of the groups to have access to health care. The researchers advised that other health care providers need to be aware of the prevalence of these health issues facing Guard and Reserve servicemen and veterans.

The finding that National Guard and Reserve members have poorer access to care should be addressed, Hoerster added. "This is an important military sub-population to target." One factor may be that members of the National Guard and Reserves are not linked up to services provided by the VA as effectively as active duty service members are when they leave the military, she noted. The greater prevalence of heart problems and diabetes reported by these servicemen makes poor access to care even more problematic, she said.

Other research has suggested that veterans have a higher disease burden because of their military service, said Joy Ilem, deputy national legislative director for Disabled American Veterans, an organization that serves veterans and provides assistance in learning about and applying for benefits. However, it is surprising that this study found that veterans have poorer health outcomes and poorer health behavior than other groups given the emphasis that the VA puts on prevention of disease and promotion of a healthy lifestyle, Ilem observed.

"Not all vets have a connection to the VA system, but they may need one in the future," she added. Veterans who have health issues directly related to their service are more likely to use VA facilities and are more likely to be sicker than the overall population of veterans, Ilem added.